In 2006, the Secretaria de Medio Ambiente de la Nación (National Environment Office) summoned us to develop an ‘Environmental Park’ in the city of Marcos Paz (Buenos Aires province).
Unfortunately, the project was detained because of different reasons but we think it is interesting to present it here.

Specific Objectives:
– Establish an urban space with a balanced  Environment-Human-Society relationship
– Use of  the concepts of Conservation, Natural Resources, Recycling and Alternative Energies in its design.
– Take advantage of creativity in order to generate original objects (park furnishings, swings, slides, sculptures) so as to renovate the conventional language of Parks and squares.
– Let the Park function as a space for children games, grown ups’ leisure, school education, conservation of the native flora and fauna.
– Incorporate native species in the landscape so as to encourage their use, appreciation and care. 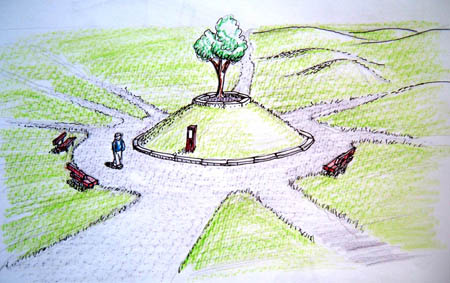 The municipality offered a three-hectare lot for the park. Our guiding idea was the historical relationship of the town with the railway.  The history of the train is also intimately related to a natural resource: the Quebracho Colorado, a tree whose wood was used to make millions of sleepers for supporting the railway tracks.  The use of the  ‘Quebracho’ is another paradoxical example of our past.  On the one hand,  it supported the country’s economical development but it also represented the over-exploitation and environmental destruction of resources, the near slavery of workers and the assertion of a massive model of exportation of our natural resources.

Therefore we proposed to plant a small Quebracho tree in the center of the park.  It would be the representation of our ‘hero’. 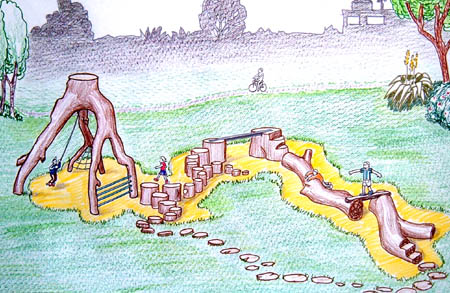 We searched for a variety of recycable materials like unused sleepers and tracks.  We also took advantage of resources that could be provided by the municipality and the local workshops in order to generate employment in the town. Finally, the project included the participation of residents and different institutions like schools, etc.
In financial terms, the project would have cost a third of what a square meter of any park costs in terms of landscaping in the city of Buenos Aires. 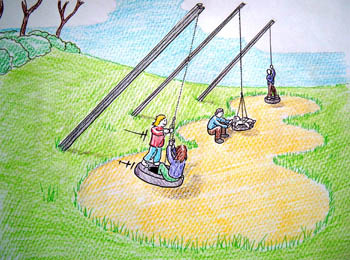 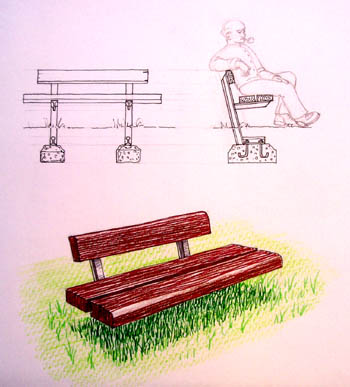 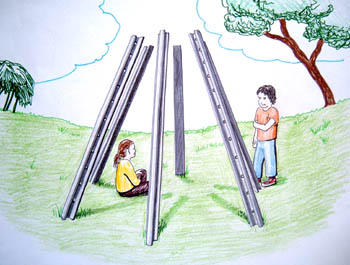 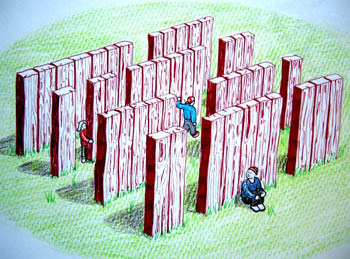 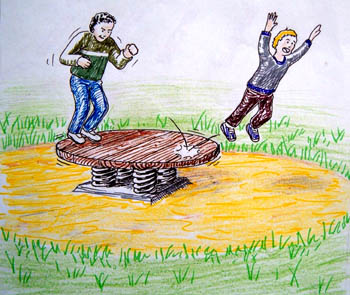 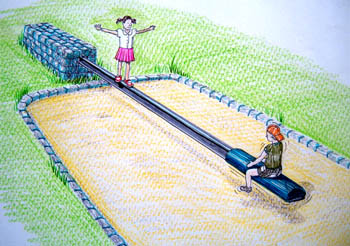 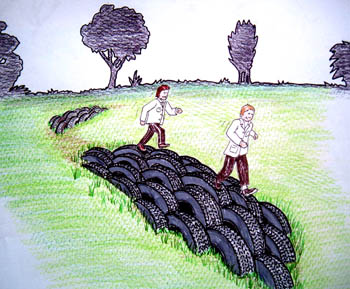